Speaker of the House Nancy Pelosi, D-Calif., called for the removal of nearly a dozen Confederate statues of soldiers and officers, from the U.S. Capitol building Wednesday, following the death of George Floyd and dayslong protests against racial injustice nationwide.

In a letter to Joint Committee on the Library Chairman Roy Blunt, R-Mo., and Vice Chair Zoe Lofgren, D-Calif., Pelosi wrote, “The halls of Congress are the very heart of our democracy. The statues in the Capitol should embody our highest ideals as Americans, expressing who we are and who we aspire to be as a nation.”

Pelosi pointed out that two of the statues currently in National Statuary Hall, a landmark in the Capitol housing various historical members, are the statues of the president and vice president of the Confederate States, Jefferson Davis and Alexander Stephens – both of whom were charged with treason against the United States.

The speaker also noted Stephens infamous speech on the Confederacy, in which he stated, “Our new government is founded upon … the great truth that the negro is not equal to the white man; that slavery subordination to the superior race is his natural and normal condition.”

“Monuments to men who advocated cruelty and barbarism to achieve such a plainly racist end are a grotesque affront to these ideals,” Pelosi wrote Thursday. “Their statues pay homage to hate, not heritage. They must be removed.”

Vice Chair Zoe Lofgren, D-Calif., told Fox News, “I agree that the Joint Committee and Architect of the Capitol should expediently remove these symbols of cruelty and bigotry from the halls of the Capitol. 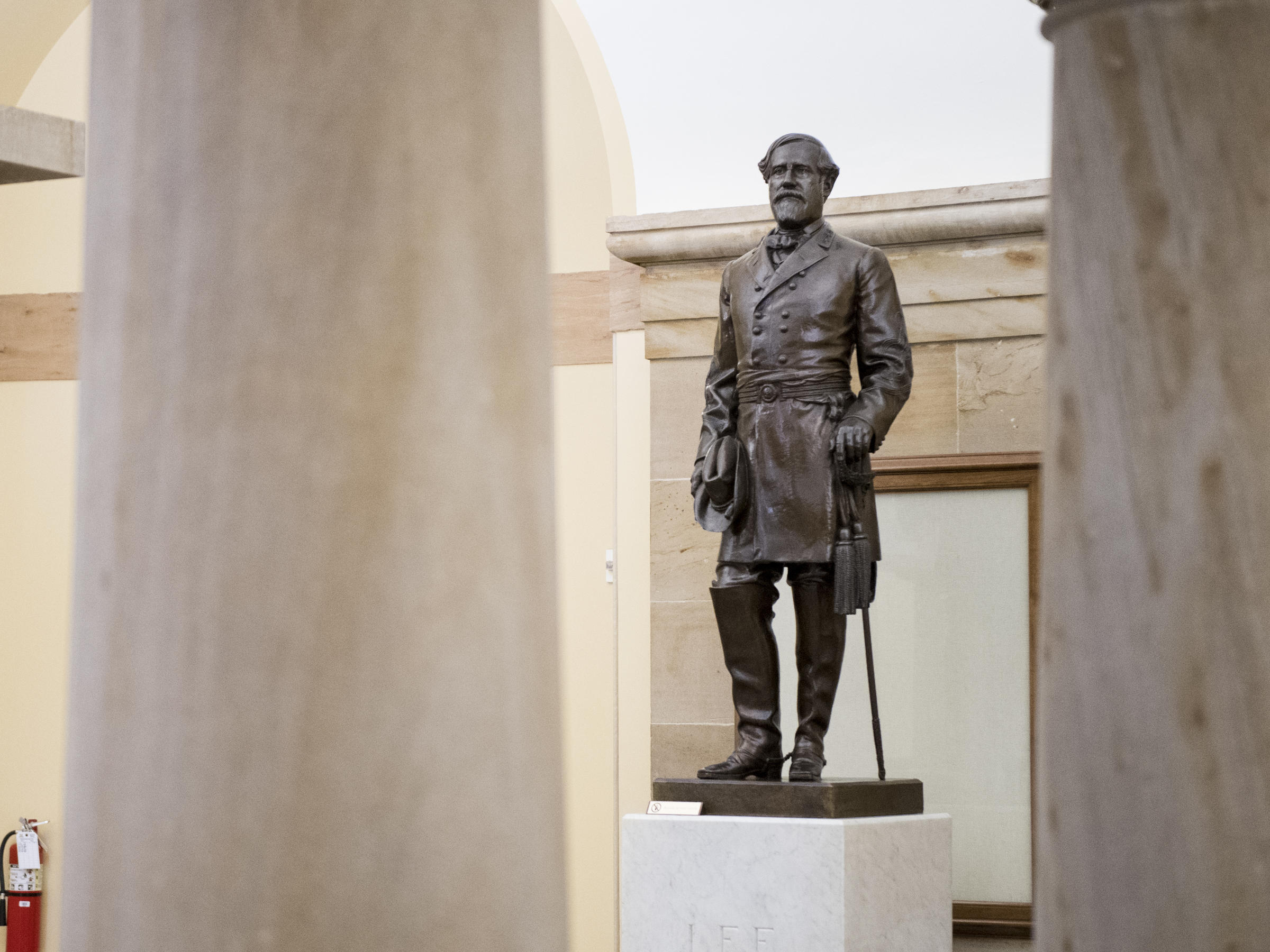 “I stand ready, and call on the Chair of the Joint Committee to swiftly approve the removal of these statues,” Lofgren added.

Pelosi attempted to have the Confederate statues removed in 2017, appealing to then-Speaker of the House Paul Ryan, R-Wis.

Ryan argued that it should be up to the states that placed them in Statuary Hall to remove them.

While states have the right to switch out their statue of choice from the Hall, Congress has the final say on what is and is not allowed to be kept in the Capitol.

According to a 1864 law passed by Congress, Statuary Hall allows each state to place up to two statues in the Hall. The law was further amended in 2000, to allow states to replace sculptures placed in the Hall.

“Under the law, each state decides which two statues it will send to the Capitol. Several states have moved toward replacing statues and others appear headed in the same direction. This process is ongoing and encouraging,” Blunt told Fox News.

“As Speaker Pelosi is undoubtedly aware, the law does not permit the Architect of the Capitol or the Joint Committee of Congress on the Library to remove a statue from the Capitol once it has been received,” Blunt added.

According to a Congressional Research Service report completed in 2019, “The Architect of the Capitol (AOC), upon the approval of the Joint Committee on the Library…is authorized…to locate or relocate collection statues within the Capitol.”

“While I believe it is imperative that we never forget our history lest we repeat it, I also believe that there is no room for celebrating the violent bigotry of the men of the Confederacy in the hallowed halls of the United States Capitol or in places of honor across the country,” Pelosi wrote to Blunt Wednesday.