Joe Biden expresses regret over 'you ain't black' comments: ‘I shouldn't have been so cavalier' - TruthSeries
Skip to content

Joe Biden expressed regret Friday during a call with black business leaders for suggesting in an earlier interview that African-Americans unsure about whether to support him or President Trump “ain’t black.”

“I shouldn’t have been so cavalier,” Biden said in an afternoon phone call with the U.S. Black Chambers, addressing the controversy within seconds of the session starting.

The public attempt to walk back the remarks underscored how explosive the issue became for the presumptive Democratic presidential nominee’s campaign in a matter of hours, at a time when he’s working to unite the party and avoid the kind of internal divisions that helped Trump win in 2016.

Biden said he understands the comments sounded like he was taking the black vote “for granted” but insisted that wasn’t the case.

“I shouldn’t have been such a wise guy,” Biden said. “… No one should have to vote for any party, based on their race or religion or background.”

Biden made the comments to host Charlamagne tha God of “The Breakfast Club” radio show. The remarks instantly ignited a backlash from critics, with the Trump campaign calling them “racist and dehumanizing.”

“He truly believes that he, a 77-year-old white man, should dictate how Black people should behave,” Trump senior adviser Katrina Pierson said in a statement.

The dustup occurred 17 minutes into the former vice president’s interview, when a Biden aide tried to end the int 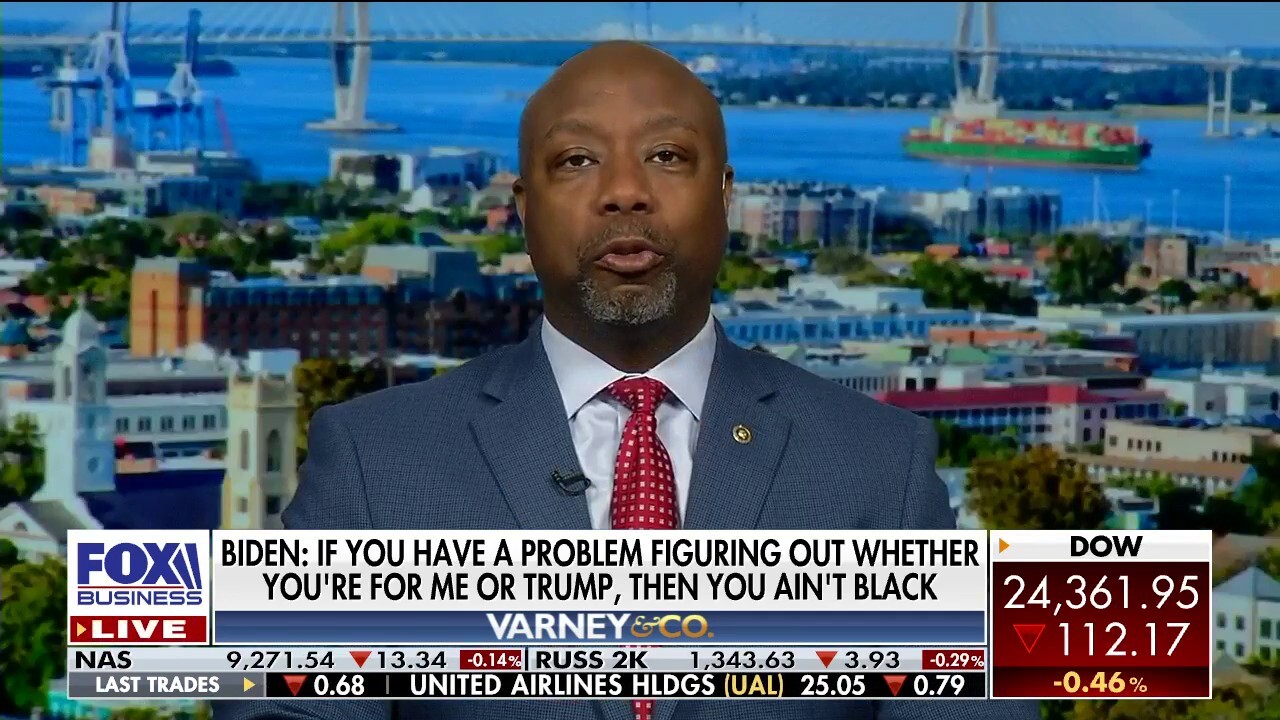 Biden stressed that his wife had an upcoming engagement, and suggested he would have to go whether dealing with “white media” or “black media.”

“Uh, oh … I’m in trouble,” he joked as he referred to making his wife late. Biden and his wife Jill Biden share the same studio in the basement of their home in Wilmington, Del.

After Charlamagne tha God, who is black, then asked Biden to come back on the program again and the former vice president agreed, the host added, “It’s a long way to November. We’ve got more questions.”

Charlamagne tha God responded that “it has nothing to do with Trump. It has to do with the fact that I want something for my community.”

But the “You ain’t black” moment reverberated on social media, with the host retweeting a variety of listeners complaining about it. Biden “should never say to a black man ‘You aint black’ under ANY circumstances,” one wrote.

Biden campaign adviser Symone Sanders defended the comments, stressing Biden’s record with the black community and saying: “The comments made at the end of the Breakfast Club interview were in jest, but let’s be clear about what the VP was saying: he was making the distinction that he would put his record with the African American community up against Trump’s any day. Period.”

Pierson, in a Trump campaign conference call with reporters, fired back that Biden’s comment “wasn’t in jest. He was serious.”

And Sen. Tim Scott of South Carolina — the only black GOP senator and a supporter of the president — said “I won’t even dignify that with a response” when asked about Sanders’ comment that Biden was joking.

“A protest movement is taking hold targeting states that have extended social-distancing rules, closed schools and restricted access to large religious gatherings. And it’s being fed by loyalists and political allies of President Trump,” the Daily Beast reports. “The tension has prompted Republican lawmakers and supporters of the president to publicly call for Americans […]

Trey Gowdy (left), Elizabeth Warren (right) January 4, 2019 at 9:01 PM, Elizabeth Warren took to twitter to call Trey Gowdy out for being a lobbyist saying “foamed at the mouth with power in congress, then retired because he claimed he didn’t enjoy it. Now it’s clear Trey Gowdy just wanted a fat lobbyist paycheck. […]