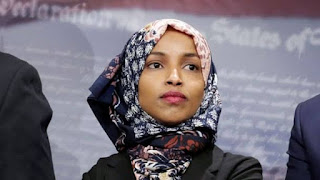 CBN NEWS – The Israeli legal NGO Shurat HaDin filed a petition in a Jerusalem court this week seeking to block US Rep. Ilhan Omar (D-MN) from being allowed entry into the Jewish state. The Times of Israel reports that Shurat HaDin asked the Jerusalem District Court to demand that Interior Minister Aryeh Deri deny Omar’s entry during her visit to Israel with other members of Congress later this month.

Under a strict law enacted by Israel in 2017, the state may ban any foreigner from entering the country that “knowingly makes a public call for a boycott of Israel”. Something she has repeatedly done in and outside of Congress

NEW: An Israeli NGO has filed a petition to have US Congresswoman Ilhan Omar barred from entering the country when she arrives for an upcoming tour because of her anti-Semitism https://t.co/FVSmicJPlB

Shuran HaDin said its petition included proof of Omar’s activities supporting the BDS movement, including her sponsorship of a bill to allow boycotting Israel earlier this month. The NGO also cited a recent tweet by US President Donald Trump calling on Omar and Tlaib to apologize to Israel, the White House and the American people due to their “horrible statements.”

The White House and Senate leaders struck a major deal early Wednesday morning over a $2-trillion package to provide a jolt to an economy struggling amid the coronavirus pandemic, capping days of marathon negotiations that produced one of the most expensive and far-reaching measures Congress has ever considered. The legislation, if it passes Congress, would […]