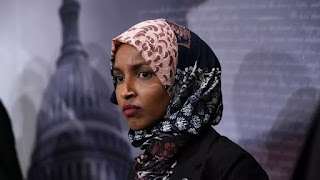 A new petition on the White House websites is demanding the Trump administration investigate freshman Democrat congresswoman Ilhan Omar amid widespread allegations that the Muslim lawmaker married her brother to skirt immigration law.
The request titled, “We The People, call on Congress to immediately start an investigation into Ilhan Omar’s illegal citizenship status,” was posted on petitions.whitehouse.gov on July 15.

According to the White House Petition: We ask the President to initiate a Congressional investigation into Rep. Ilhan Omar’s background to determine if she should face expulsion from Congress.

For more than 30 years, Mauro Morandi has been the sole inhabitant of a beautiful island in the Mediterranean Sea. For the past few weeks his hermit’s hut has been an aptly isolated location from which to watch the global coronavirus crisis unfold. And, after being alone with his own thoughts for so much of […]

During a phone call interview on fox news, President trump revealed to Sean Hannity that he has given Attorney General William Barr the green light to release Declassified Spygate Documents. Gateway Pundit – Trump praised Bill Barr and said he has given him all of the documents he needs to investigate the origins of Spygate. […]