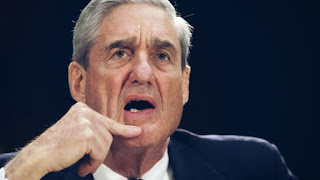 Close examination of the report shows that none of those headline assertions are supported by the report’s evidence or other publicly available sources, other reports claim Mueller’s team relied on a ‘private contractor for the Democratic National Committee. See reaction from Florida Congressman Matt Gaetz, Republican member of the House Judiciary Committee, and former Watergate prosecutor Jon Sale.

CBN NEWS – The Israeli legal NGO Shurat HaDin filed a petition in a Jerusalem court this week seeking to block US Rep. Ilhan Omar (D-MN) from being allowed entry into the Jewish state. The Times of Israel reports that Shurat HaDin asked the Jerusalem District Court to demand that Interior Minister Aryeh Deri deny Omar’s entry during her […]

Hillary Clinton Got BUSTED Doing The Unthinkable On Live TV According to Hillary Clinton, “the SARS epidemic, which happened in the very beginning of the Obama administration, because I was secretary of state at the time…uh, really was a full-court press by the administration to be sure that at every level, not only national, state […]