Final Order Handed Down, Over 900,000 Illegals To Be determined and Deported - TruthSeries
Skip to content 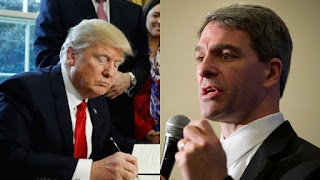 During an interview on CBS Ken Cuccinelli, the acting Director of the Citizenship and Immigration Services said “I’m just pointing out that the pool of those with final removal orders is enormous. And it’s important to note, here we are talking about ICE doing its job as if it’s special. And really this should be going on on a rolling basis for ICE and they’ve been interfered with effectively and held up by the politics of Washington.”

Gupta on Trump’s coronavirus claim: Clearly not the case 01:01 Washington (CNN)President Donald Trump is receiving a steady stream of sometimes-conflicting information about the ongoing coronavirus outbreak that some aides worry is dampening his ability to effectively communicate the realities and risks of the epidemic. Some of the information Trump is receiving is viewed by his […]