According to the letter, the Spygate investigation by John Durham which targets “Fusion GPS, foreign intelligence services and non-governmental organisations and individuals is so broad in scope and multifaceted that the Justice Department had to clear existing office space to make room for the team of US Attorneys, other personnel and DOJ employees.
GATEWAY PUNDIT – Although Boyd did not specify, it is publicly known that Australian, British and perhaps Turkish intel groups were involved in the spying campaign against Trump and his associates during the 2016 presidential election.
The letter also indicates that Durham may be looking into gutter oppo research firm Fusion GPS who hired former British spy Christopher Steele to compile a 35-page Russia dossier to smear Donald Trump and his associates.

Screenshot of letter by DOJ below 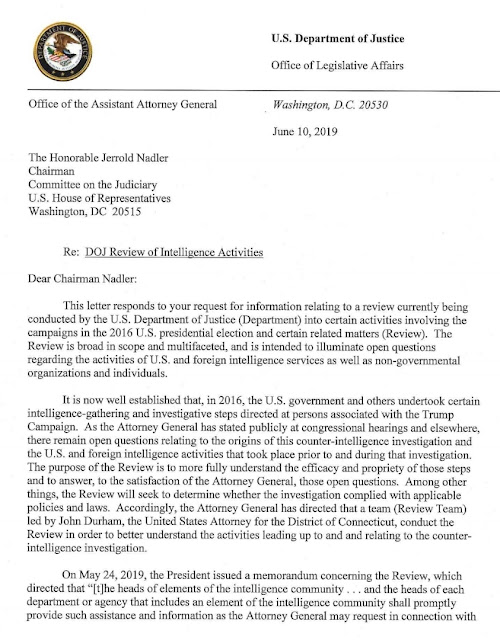 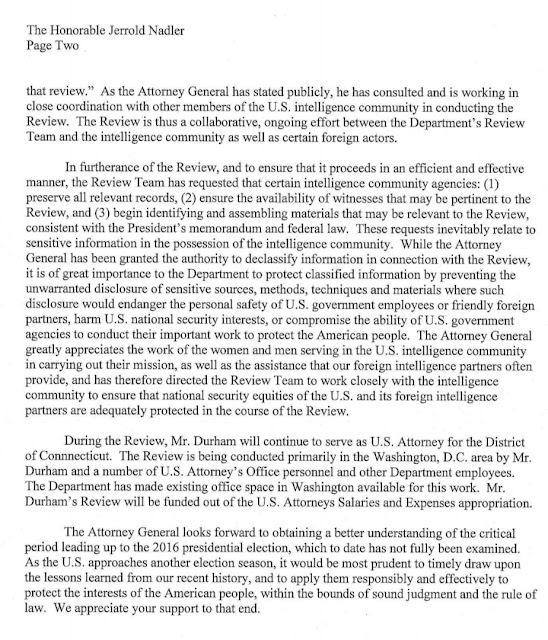 Lindsey Graham and Christopher Steele BuzzFeed published the 35-page dossier on Jan. 10, 2017, after CNN reported on its existence, as well as a preparation of a two-page synopsis used to brief President Barack Obama and President-elect Trump. CNN also reported that the FBI was investigating the credibility of the information in the dossier. A […]

3 to 4 Years In Jail For Comey Over PERJURY – Attorney

While speaking with Laura Ingraham on “The Ingraham Angle” Wednesday night, Trump’s Attorney and former New York City Mayor Rudi Giuliani stressed how the former FBI Director committed perjury and Could be locked up for 3 to 4 years as the two discussed the imminent release of the Comey Report by Inspector General Horowitz which […]