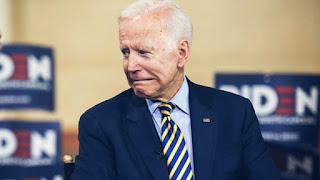 Tom McInerney, a veteran San Francisco based lawyer and one of Joe Biden’s top campaign fundraiser broke the sad news to Biden’s team on June 20th that he would no longer help the team raise campaign funds for 2020.

McInerney’s decision to pull out as a major fundraiser for Biden came after d former vice president’s comment on working with segregationists and flip flopping on the Hyde Amendment. This is a major loss to the Biden campaign as it could trigger a chain reaction of further defection. McInerney was a lead fundraiser for President Barack Obama in his first run for president. He helped Obama’s campaign raise at least $200,000 throughout that cycle, according to the nonpartisan Center for Responsive Politics.

Speaking to CNBC, McInerney said “I had actually let the campaign known I’d pulled back my support of Biden for now, i don’t think he did well last night (as he referred to Biden’s debate performance on Thursday night).” “I would imagine I’m not alone” McInerney added.
Joe Biden is an American politician who served as the 47th vice president of the United States from 2009 to 2017. Biden also represented Delaware in the U.S. Senate from 1973 to 2009. A member of the Democratic Party, Biden is a candidate for President in the 2020 election.

According to NPR – In February, Omar responded to a tweet from journalist Glenn Greenwald, who posted about House GOP Leader Kevin McCarthy threatening to punish Omar and another congresswoman for being critical of Israel. Omar wrote back, “It’s all about the Benjamins baby,” a line about $100 bills from a Puff Daddy song. Critics jumped […]

Former United States Attorney now Republican Congressman is raising eyebrows with his recent questions about the death of a Department of Justice whistleblower. Texas Congressman Louie Gohmert is speaking out about the mysterious death of Department of Justice whistleblower Philip Haney who testified before Congress in 2016 that he was forced to […]

The Trump administration has decided not to reopen enrollment in the Affordable Care Act’s federal exchanges amid the rising coronavirus pandemic, a senior administration official said Tuesday evening. Pressure had been building on the White House to launch a special enrollment period to allow the uninsured to purchase Obamacare policies. The decision came the same […]