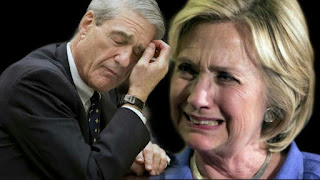 John Dowd, the former lead attorney in President Trump’s legal team said Tuesday, that the Russia-Collusion investigation spearheaded by Special counsel Robert Mueller has been a “total waste of time.”

Speaking to an ABC News podcast, John Dowd said, “I don’t think there’ll be a report. I will be shocked if anything regarding the president is made public, other than ‘We’re done.”

John Dowd’s comment wasn’t of much help to the Democrats still recovering from the shocking bipartisan news of the Senate Intelligence committee into the Trump-Russian investigation, which according to reports, nothing that would suggest there was collusion by the Trump campaign and Russia has been found. (Related: Democrats In Panic Mode; Senate Intel Dems. Forced To Admit, No Collusion Between Trump And Russia)

If Mr. Dowd’s prediction is proven correct, it would cause a major shift of political calculations heading into the 2020 presidential election. Democrats are counting on a damning report from Mr. Mueller, focusing on Trump campaign officials colluding with Moscow in 2016 and even on the president possibly attempting to obstruct justice in the subsequent investigations.

Judge Leon and Robert Mueller A U.S. District Judge “Judge Leon” has given Special Counsel Robert Mueller the chills by ordering that Jerome Corsi’s hearing on his $350 million federal lawsuit against Mueller be made on January 3, 2019. This came after Mueller and the Department of Justice tried to stall the hearing by requesting […]

Nearly a week since Disgraced Ex-acting FBI Director Andrew McCabe revealed members of the Trump administration were ready to oust him from office, Adam Schiff, the U.S. Representative for California also said he was not ready to accept the results of special counsel Robertl Mueller’s investigation. (Related; The END, It’s A Trap, Trey Gowdy Just […]

HOW DOJ AND FBI GOT HIJACKED TO TARGET PRESIDENT TRUMP

DOJ and FBI According to Tom Fitton, the Senate Intelligence Committee is essentially run by the Democrats even though the Republicans normally control the committee. It has always been an anti-Trump oriented committee. Tom Fitton appeared on “Lou Dobbs Tonight” on Fox Business Network to discuss how the Senate Intelligence Committee subpoenaed President Trump’s former […]