Heads About To Roll, Terrified Schiff FINALLY SETS UP Mueller, Hangs Him Out To Dry (VIDEO) - TruthSeries
Skip to content 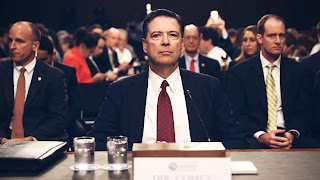 Democrats in full PANIC Mode.
Although the infamous Russia “Witch Hunt” spearheaded by Robert Mueller is nearly at its end phase, Democrats are beginning to feel worst than there were when they hoped Trump will be locked up and out of the 2020 Presidential race by the end of the year.

Fraustrated Dem. Senators had previously threatened to subpoena Mueller’s reports from Will Barr if Barr’s summary doesn’t satisfy their need. But that is nothing compared to what they have installed for Mueller, if his reports fail to provide proof of Russia Collusion. ( TRENDING; ‘You’re The Three Eyed Raven’, ITS OVER! Trey Becomes Schiffs WORST NIGHTMARE, Dem’s Terrified (Video))

Crooked Adam Schiff on ABC, said He would Subpoena Mueller’s report and have him testify before congress if he doesn’t get the underlying evidence.

When Mueller’s investigation is complete, the report must be made public.

If Attorney General Barr tries to hide it, we’ll subpoena the report, insist on the underlying evidence, have Mueller testify, and take it to court, if needed.

When the Mueller report is complete, it needs to be released to the public and Congress must receive all underlying investigative materials, be it a classified hearing or unclassified. Anything less is unacceptable

It clearly shows that Democrats are in denial stage and will soon have to accept that no Collusion exists.
All the underlying evidence gathered for two years couldn’t indict a single soul in the Trump campaign for possible Russia Collusion. But the partisan role of the democrats in congress has made it impossible for them to see the  truth.

The world renown Pathological and convicted liar Michael Cohen has been caught in another lie, and this lie may shed more light on the series of lies he has told Congress, negatively impacting his jail time. According to Fox News, “a lawyer representing former Trump attorney Michael Cohen said Wednesday that Cohen directed a lawyer […]

Congressman Adam Schiff has repeatedly lied to the American people; recall Trump collusion and Russia. He has appeared on a number of news stations continuing to state Russian collusion between President Trump and Russia, even after the Mueller report had cleared the Trump Administration of any wrong doing. Fox News reports: House Minority Leader Kevin McCarthy, […]

Right After Declaring 2020 Bid, Trolled Bernie HIT With Worst News In His Career

On tuesday, Sen. Bernie Sanders launched his campaign for the Democratic presidential nomination and in the process,  launched an all out attack on President Trump. According to Vermont Public Radio reports, Sanders referring to the president, said,“I think the current occupant of the White House is an embarrassment to our country.” He also blasted Trump’s […]

4 Replies to “Heads About To Roll, Terrified Schiff FINALLY SETS UP Mueller, Hangs Him Out To Dry (VIDEO)”