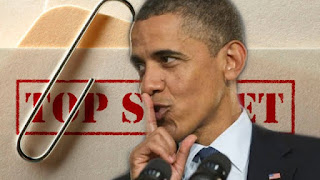 Barack Obama, twice elected as president of the United States of America, served 8 years but huge pieces of his earlier life remained undiscovered.

This is so because Barack Obama reached out to a number of people during the course of his political career who might have interviewed him and asked them not to talk to journalists in fear of his biggest secrets going public.

Here’s something very interesting; the Barack Obama from
1985 to 2002 in Illinois used to be a great man, a wonderful progressive politician. But the Barack Obama we saw in the White House is a whole new different person from whom he used to be in the 1990’s.
Back when Barack Obama was in Illinois, he was an outspoken critic of the patriot act and the intelligence committee and the CIA but the Obama that we have seen as president has been a dramatically different person.
Obama’s humble life ended in 2002 and now in 2017/2018 all he does is hobnobbing with celebrities, and musicians and billionaires and also getting $400,000 a speech.

If you take a look back at Obama’s record from 1990’s up to 2002, you would think you knew him well but he has turned out to be an entirely different person than you would have projected.
Michelle was never Obama’s first choice for a wife, surprised? From 1986 through 1991, Obama had a very intense relationship with a woman who was half dutch, half Japanese. But she was never discovered by journalists back in 2007/2008.

Sheila Miyoshi Jager, Obama’s first love reported in a book that Obama asked her to marry him. She said no ‘not yet’, this was because her mother thought Obama, two years Jager’s  junior, was too young. But she said, a year later, Obama’s ambitions changed.

Jager went on to say:

I rember very clearly when this transformation happened, and i remember very specifically that by 1987, about a year into our relationship, he already had his eyes on becoming president. – vanityfair

SEE DETAILS IN THE VIDEO BELOW:

OBAMA, HIS TOP OFFICIALS EXPOSED IN CONNECTION TO ANTI-TRUMP PROBE

Barack Obama left, President trump right And here we go again, former president Barack Obama, his top officials caught up in yet another massive scandal against president Trump. This scandal is one that has been plaguing the United States since Trump assumed office as the democrats have been doing everything in their power to pull […]

James Comey left, Barack Obama right Earlier, during an interview with The Post, President Trump made mention of making certain document pages known to the public if democrats launched probe into his administration. This pages he said will be very devastating to the democratic party. Seems those pages are about to be rolled out. According […]