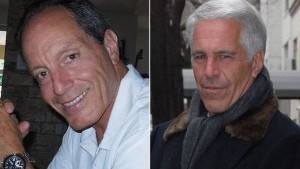 Alfredo Rodriguez, the former butler of disgraced billionaire Jeffrey Epstein was found dead before taking a plea deal that involved giving up a black box, containing all of Epstein’s sexual dealings with hundreds of underaged girls and his fleet of billionaire clients.

Apparently, Epstein was also found dead, after the court un-sealed over 2,000 previously sealed documents as requested by multiple media sources as FOIA. Epstein was also suspected to have agreed on a plea deal with the Fed’s before he died.
On January 8, 2015. NewsPunch reported – Alfredo Rodriguez, who was Epstein’s houseman for many years, passed away last week. Rodriguez had previously served prison time after refusing to hand over Epstein’s book in 2011 and attempting to sell it for over £30,000. Rodriguez, the butler of Epstein, has died, and with him the location of a ‘black book’, which allegedly details “the full scope and the extent of Epstein’s involvement with underage girls”, and contact details of the businessman’s celebrity friends. The ‘black book’ that Rodriguez had in his possession is a journal in which Epstein is understood to have detailed the girls which attended his properties for “massages” for him and his friends, and details of his celebrity friends and associates who patronised his sex trafficking business.
Rodriguez, who stole the book, claimed he needed it as insurance against the businessman to protect his own life. Rodriguez died on 28 December. The current location of the document has not been disclosed and the Mirror claimsEpstein’s lawyers are “petrified” about where it will go, according to a source. NewsPunch further stated.

A man identified in court records as “John Doe” alleges in a new lawsuit that former New York Rep. Gary Ackerman sexually abused him when he was a teenager. The plaintiff says Ackerman exploited him in 1966 when the former Democratic congressman was a director at Ten Mile River Scout Camp. The victim, who was 17 at the […]

An autopsy found that financier Jeffrey Epstein sustained multiple breaks in his neck bones, according to two people familiar with the findings, deepening the mystery about the circumstances around his death. Among the bones broken in Epstein’s neck was the hyoid bone. According to Dr. Mark Siegel, “It certainly increased the chances that this was […]