20 Subpoenaed Over Epstein’s Death, And More Subpoenas About To Be Rolled Out - TruthSeries
Skip to content 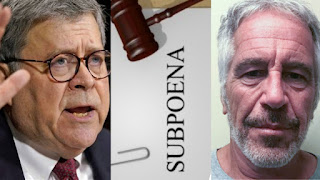 Gateway Pundit – The feds subpoenaed at least 20 officers at the Metropolitan Correctional Center in Manhattan where Jeffrey Epstein was found hanging in his prison cell of a ‘suicide.’ The correctional officers received the grand jury subpoenas as part of the DOJ’s investigation into the breakdown of prison policy at the MCC that led to the death of the highest profile prisoner in the US system.


Investigators are trying to recreate what happened on the night Epstein died nearly two weeks ago at the Metropolitan Correctional Center in New York, one source said. Two prison staff members guarding Epstein’s unit failed to check on him that night for about three hours, The New York Times reported last week, citing several law enforcement and prison officials with knowledge of the investigation. Epstein, like other detainees in the center’s special housing unit, was supposed to be checked on every 30 minutes.

More subpoenas could be in the works as the investigation widens. Epstein had many broken bones in his neck, including his hyoid bone which is consistent with homicide by strangulation. Since Epstein’s death, the public has learned about the many inconsistencies at the prison where he died.

Just In!! New Info On Epstein’s Death Drops Bombshell On Clinton, Others; It’s Not Over Yet

With Jeffrey Epstein’s death bringing more attention to the ‘Deep State’ and their horrendous ability to silence witnesses before they appear in court, Epstein’s supposed ‘Suicide’ is turning into a nightmare for the powerful elites. Speaking on live TV, a top U.S attorney said Epstein might be dead, but its not over. Clinton and his […]

THE HILL – There is evidence Steele told the DOJ in July, and the State Department in October, about all of these flaws in his work, and that State officials even detected blatant inaccuracies in his intelligence. According to John Solomon, “Multiple sources familiar with the FBI spreadsheet tell me the vast majority of Steele’s […]