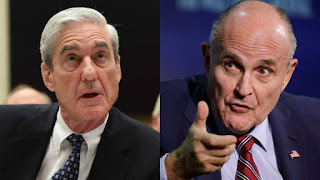 Top lawyer revealed that he knew Robert Mueller had mental issues when they met in 2016 concerning the Russia Collusion investigation. A condition which he said manifested as “Impaired Cognition” during Mueller’s testimony in front of the House Judiciary Committee. The Democrats knew but still used him anyway.
WashintonExaminer – Mueller testified in front of the House Judiciary and Intelligence committees on Wednesday on his two investigations into Russian influence and the Trump campaign’s alleged collusion with Russian agents. Throughout his testimony, Mueller appeared to forgetmany details outlined in his report, even contradicting it in an exchange with Republican Georgia Rep. Doug Collins. Mueller stuttered, misheard questions, and gave elusive answers for nearly seven hours of testimony.
According to Alzheimer’s Association, “Mild cognitive impairment (MCI) causes a slight but noticeable and measurable decline in cognitive abilities, including memory and thinking skills. A person with MCI is at an increased risk of developing Alzheimer’s or another dementia. People with MCI, especially MCI involving memory problems, are more likely to develop Alzheimer’s disease or other dementias than people without MCI.”

A new petition on the White House websites is demanding the Trump administration investigate freshman Democrat congresswoman Ilhan Omar amid widespread allegations that the Muslim lawmaker married her brother to skirt immigration law. The request titled, “We The People, call on Congress to immediately start an investigation into Ilhan Omar’s illegal citizenship status,” was posted […]