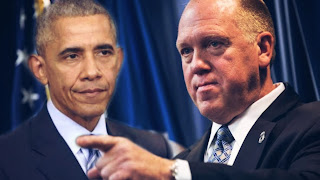 According to the FederalistPapers, Obama’s former ICE Chief during an interview admitted Obama may have personally came up with the decision to use cages at detention centers in the first place. In an effort to demonize President Trump, Alexandria Ocasio-Cortez led the charge in calling the detention centers “concentration camps.”

One of several ways Dem’s continue to explore in an effort to undermine the Trump administration without remorse of the dangers lurking our borders.

Trump Calls Out Obama As a Key Player On Spygate Coverup

On June 12, 2019 president Trump fired off one massive warning shot at former president Barack Obama calling him out for his role as a key player in the cover up of Spygate Scandal. Trump said in a tweet “Someone should call Obama up. The Obama Administration spied on a rival presidential campaign using Federal […]