TOP DEMOCRAT JERRY NADLER WRECKED BY CONFLICT OF INTEREST OVER SON'S CONNECTION TO LAW FIRM SUING TRUMP. - TruthSeries
Skip to content
U.S. Attorney General William Barr said that special counsel Robert Mueller’s investigation did not find that Donald Trump or members of his campaign worked with Russia during the 2016 presidential election, Trump’s legal team released a statement in
which it characterized the report as a “total victory for the president.”

Mr. Barr made public a redacted version of the 448-page report on April 18. It detailed Mr. Mueller’s conclusion that the Trump administration did not conspire with Russia to undermine the 2016 election.
Now, One House committee chairman officially fired off a request for six years of President Trump’s tax returns, as another won the authority to issue subpoenas to demand special counsel Robert Mueller’s full investigative file of Mr. Trump. The twin moves marked escalations in Democrats’ scrutiny of the president, and both threatened to spark legal battles. House Ways and Means Chairman Richard E. Neal and House Judiciary Committee Chairman Jerry Nadler are responsible for this twin move.

New information going round has it that Democrat congressman Jerry Nadler, leading the investigative charge against President Donald Trump, has a son whose firm is trying to get access to Trump documents for their clients in numerous lawsuits against President Trump. 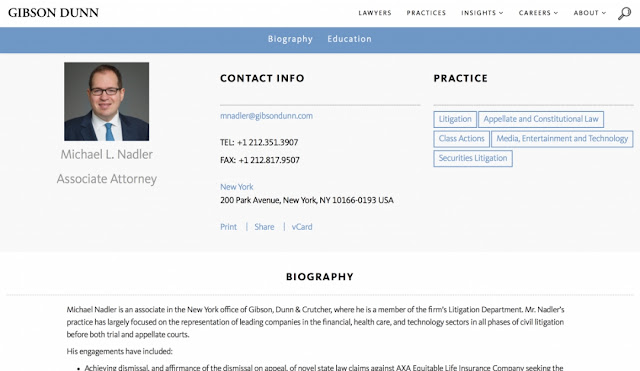 His son (Michael Nadler) got a job with Gibson Dunn & Crutcher LLP in 2018.  That’s convenient because Jerry Nadler and the Democrats just won control of the House in 2018. Jerry Nadler has a material conflict of interest and he should recuse himself from anything related to President Trump!  This is real and egregious.

TRUMP MOVES FOR DECLASSIFICATION: ALL HELL IS ABOUT TO BREAK LOOSE FOR OBAMA, COMEY, OTHERS.

President Trump and Carter Page THE HILL – Back in 2018, former White House Counsel C. Boyden Gray, who served under George H.W. Bush, urged President Trump to move ahead with declassifying highly sensitive documents connected to the FBI’s Russia investigation. Gray argued during an interview on Hill.TV that Trump should direct Deputy Attorney General […]

John Brennan and President Trump Former CIA director and current anti-Trump Twitter troll John Brennan went on the defensive this week. Brennan got triggered after President Trump tweeted his support for dumping illegal aliens into sanctuary cities. He attacked Trump as unfit for office and said his policies are cowardly. Due to the fact that […]

$1.3 MILLION PAID BY SOROS TO FLOOD LAWSUITS AGAINST TRUMP EXPOSED

President Trump (left), George Soros (right) One interesting thing about “truth” is that it always finds a way of coming to the surface no matter how hard you try to conceal it. Despite every move by the Democratic party to pull President Trump down ranging from the Mueller probe, fight against border wall construction to […]