Dem's. In TOTAL SHOCK, Pelosi And Others Loosing Sleep Over What Trump Just Did (VIDEO) - TruthSeries
Skip to content 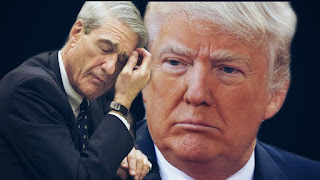 President Trump on Friday, demands Special Counsel Robert Mueller’s “Witch Hunt” be brought to an end. Making reference to Senate Intelligence Committee chairman Richard Burr’s conclusion that “There was no Collusion between the Trump campaign and Russia.” (Trending; Finally, Pelosi FURIOUS, goes down HARD With Worst News of Her Remaining Career)

Highly respected Senator Richard Burr, head of Senate Intelligence, said, after interviewing over 200 witnesses and studying over 2 million pages of documents, “WE HAVE FOUND NO COLLUSION BETWEEN THE TRUMP CAMPAIGN AND RUSSIA.” The Witch Hunt, so bad for our Country, must end!


Trump had previously said the release of Muller’s report will totally be up to the new Attorney General Will Barr, praising Will Barr of being a “tremendous man, a tremendous person who really respects this country and respects the Justice Department.”

A decision which frustrates alot of Dem. Senators as they had already threatened to subpoena the reports from Will Barr if necessary.

On friday, Trump told reporters at the white house that Robert Mueller’s investigation is a hoax, with “no evidence of Obstruction, phone calls, nothing.” “It’s one of the greatest hoaxes ever perpetrated on this country.”

“I won the race. Do you know why I won the race? Because I was a better candidate than she was and had nothing to do with Russia,” Trump added.

image credit: Google images Here’s a hard fact to throw Maxine Waters off balance “Hillary Clinton campaign paid for the bogus Russian dossier, that’s one massive way of getting dirt on your political opponent. Hillary Clinton campaign hired Fusion GPS, which worked hand in hand with James Comey and his fellow FBI cabals, along with […]

President Trump (right), Nancy Pelosi (left) Earlier this week Barack Obama was caught in a secrete meeting with one of his potential Democratic presidential candidate planning on how to battle Trump in the upcoming 2020 presidential election. Now, we have Nancy Pelosi who was caught live doing the unimaginable during a closed door meeting. This […]

2 Replies to “Dem’s. In TOTAL SHOCK, Pelosi And Others Loosing Sleep Over What Trump Just Did (VIDEO)”